Confused, self medicated and groggy, my eyelids barely open and for a moment I’m lost. Where am I? Am I on a train? How did I get here? The befuddlement passes and I remember, oh yeah— I’m on a plane, heading for Paris.

Anytime the lottery gets really high, my sister reminds me to get tickets. I almost never do. I was staying over her house when they drew the numbers for that billion dollar prize. I was crashing on the couch with the kids who usually fight over who is going to cuddle with me (both of them, of course). Lisa walks into the kitchen as I’m close to fading off. It’s 11pm and she wants to check her numbers. See if she can call out of work tomorrow and indefinitely. She didn’t win. But I suppose you know this. 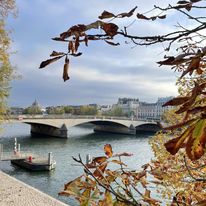 As I walk the Seine in Paris, I feel as though I’ve won the lottery. Not in a financial sense, my bank account holds no impressive figure. But life, itself. To be born healthy into a family that loves you, to be part of middle class America, to have brains yet beauty, dry wit and the ability to laugh at everything. To have the discipline, drive and talent to pursue the career of your dreams. To be surrounded by good people who are even better friends. To live in a time where we all carry little miracles of information in our pockets. To forget that technology and medicine is a miracle. To knowing how to surf. To being an Aunt, sister, daughter, niece, friend. To still having some youth while being wise. To wanting to live, instead of wanting to die.

This is a grand lottery to have won. 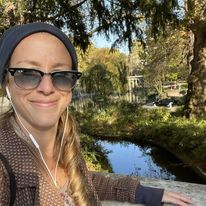 Of course, I didn’t need to go to Paris to know this. No one needs to go to Paris. But I’ve dreamed of it for a long time, and what is the purpose of life besides actualizing your dreams?

There are some reasons I like to travel alone, especially to a city like Paris. The introspective introverted writer I am longs to be an observer sometimes, an alien in a foreign but beautiful world beyond my own. But also, I do have to work while I’m here and given the six hour difference, my sleeping is all messed up as I must work and sleep intermittently between sightseeing. Mostly, however, it’s that I’m a pain in the ass. Truly. I walk a lot. And I walk fast. Walking a city, one as decedent and historic as Paris, walking the city is one of the best parts. Taking in the sights, stunning architecture, little cafes and shops, the river, the people, the art… I’ve averaged walking 15 miles a day for the first three days.

Since I took an overnight flight, I woke in Paris very early their time. I dropped bags at my hotel and hit the ground running, literally. Notre Dame, La Chapelle (amazing stained glass, breathtaking church, Conciergerie (which looks like it could be straight out of Harry Potter), some of the gardens and the Eiffel Tower. I didn’t love being in the Eiffel tower, but I do like looking at it in the skyline. Especially at that magic hour when they make it twinkle. Magic. 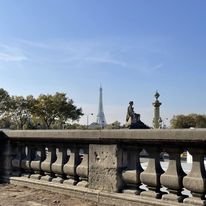 On the second day, I rented a little boat to drive along the Seine river. They gave me a beer to captain the little boat by myself which I thought was hilarious. Yes, I was captain, first mate, and pirate wench all in one. Don’t worry. The boats go really slow. You’d have to be an idiot to crash it.

I crashed it. But in my defense, I was whipping the boat in circles and I didn’t realize that you had to put the boat in neutral before you can hit the reverse. No bother. The boat is like a bumper boat and I docked it like a champ. As I sailed the river, I waved to children passing. To be honest, I don’t find the French that snobby or rude. No more so than New York, anyway. All the women, especially in bakeries were exceedingly warm. Even the people who work at my hotel were stand offish at first, but then I made a joke they didn’t get and laughed to myself and somehow that made them like me. Maybe it’s because I’m not trying to have sex with them. When I walk the streets in the morning by the older men drinking coffee at cafes, they greet me with smiles, “bonjour, Mademoiselle.” Some people tend to envy how easy they think the life is of a pretty woman. It’s not, I can promise you. Though one of the benefits is in a place like Paris, you can smile, talk quietly and be easy company as well as easy to look at. It’s the least the world can do, especially men, given how awful women are treated in too many parts of the world.

After my boat ride, I continued to walk for miles. Accidentally stumbling upon churches that look like castles, streets that transport you to another time, bakeries that make you want to get diabetes, and the Moulin Rouge. From there, I went to the arches not so different than the ones in Washington Square Park in New York. Except in Paris, you can go to the top. During the golden hour, right at sunset, I watched over the city of Paris while the sky painted itself.

When I got back to the hotel, the top floor, where I was staying was without electricity, for reasons unbeknownst to them. Thank goodness I didn’t have work this day. I wanted to stay in a hotel that looked like the eighteenth century but with modern luxury’s like electricity. As is, I’m convinced this hotel is haunted. I had to shower that night with my book light attached to the shower door. I spent the night in quiet, darkness. The electricity, thank goodness, would return the next day. 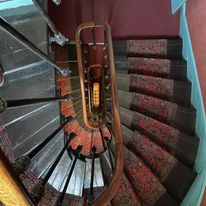 I had an imaginary conversation with a real ghost.

“Look, if you want to talk you didn’t have to compromise electricity.”

“You people today. So reliant on electricity!”

“Yes. Because that’s how I make money. I am reliant on electricity. It’s how I feed myself, how I can afford to be here, how I dress myself and am not staying in a bridge.”

“Well, I’d really appreciate it if you fixed it now.”

“Goddamn you, ghost in the hall.” 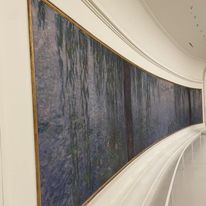 On the third day, I booked the Lourve and later the museum where Monet’s wrap arounds are. The Lourve is actually bigger than the Met, home to world famous masterpieces including the Mona Lisa which I didn’t wait on line to see and just got a side view of it. It has it all, from paintings of every era of yore, jewels, statues, lifestyles of the very, very rich royalty all on display. The Monet’s were no less impressive, nor was walking the grounds and gardens of the area. I don’t know how anyone can’t love this city.

For lunch, I found a wonderful little restaurant where I sat in a quiet nook on the second floor, looking out the window and listening to French cafe music. There I had wine, bread (eating so much amazing bread, thank goodness I’m walking 15 miles a day) and divine chicken. That evening, I went to a rather expensive restaurant because I promised I’d treat myself to one of Hemingway’s favorite restaurants where the food was also top notch.

Like New York, Paris transforms at night. The city of lights is hypnotizing after dark. I wandered the Latin Quarter where the streets teem with people raising glasses to one another. I think of people I love that would love this too. Though I don’t feel especially lonely, as the city itself is a worthy travel partner. 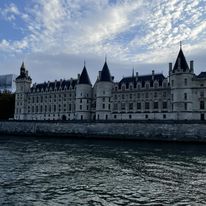