2016: A Deal with the Devil, One Perfect Sky & A Dangling Carrot

Few people seem to mourn the end of 2016.  Maybe 2016 was an especially shitty year (it was), or maybe we’re all just getting older, and life sucks a little more each year (God, I hope not).  It hasn’t been all bad… in fact, quite a bit of good happened, sprinkled in with some great.  But this is the first year in my (still young) adult life I’ve felt I took more steps backward than forward.  Because of this, I don’t deem 2016 a failure as much as I deem myself a failure.

“Francis Crozier believes in nothing. Life is solitary, poor, nasty, brutish, and short.  It has no plan, no point, no hidden mysteries that make up for the   oh-so-obvious miseries and banalities. Nothing he has learned in the   past six months has persuaded him otherwise.” – From The Terror, by Dan Simmons (the best book I read this year, and easily one of my all time favorites) 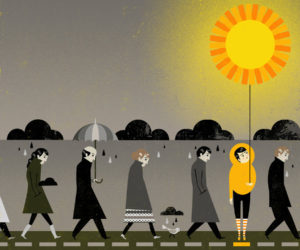 Certainly, as a comic, I’ve taken hits, and unfortunately, I feel as though I’ve hardly grown at all as a comedian this year, which hurts me on many levels.  I pride myself on hard work and progress, but when hard work leads to little or no progress, motivation takes the toll.  On a personal level, I’ve no doubt reverted to a more introverted state I thought I’d successfully grown out of.  But apparently being a hermit who prefers books, TV shows, and not leaving my apartment over seeing friends or going on dates is just who I am.  I’m oddly okay with this, albeit, willing to admit it’s not exactly the most healthy way to live.  Somehow, I’ve made less money than the last two years, which is depressing, but also mildly impressive that I’m able to budget my life and not bury myself in credit card debt (high five myself for adulting so hard).

Human beings, if nothing else, are admirable because we go on hoping, even when hope is null.  This is a subconscious survival skill… to keep on keeping on.  Often, this is as moronic as it is inspirational.   The grim truth is darkness wins in the end.  But it doesn’t have to win now.  That’s what I learned through a deal with the Devil, one perfect sky, and a dangling carrot.

A DEAL WITH THE DEVIL

Anyone who knows me or has read my blogs (and I thank you for returning to hear my often bleak rants) knows I was severely depressed at the start of 2016.  I don’t remember a lot of the beginning of the year, actually.  The brain does this.  Melancholy moods are accompanied with blackouts resulting in giant holes in my memory, and I’m surprised and quite glad I still went to work, wrote, did gigs, and managed get through it without incident.  Many times I thought I was coming out of it, but these were false, manic episodes, where I burnt out pretty fast and returned to being depressed.  Too many mornings and nights I just wanted to die, and yet, I had to continue.  Yes, I had to live.  Really, I did not want to, but in the never ending chess game of crazy brain versus logic brain I knew: There is really only one way of predicting the future, and that’s looking at the past.  The past told me I would cycle out of the pit, so I just had to hang tight.  And keep moving.  But days turned into weeks, turned into months.  I was going crazy, so I did an unhealthy thing.  I made a deal with myself.  I had a thought out suicide plan (it’s really great, if you’re looking for ideas) but the deal was I had to keep trying and I was not allowed to execute this plan until later in the year (had I not cycled out of this melancholy state).  I kept this plan to myself, as I didn’t want anyone to interfere with my ultimate plan to end my life, and often, when I did go in public, I plastic smiled my way through it, until I could go home and curl into the fetal position, and yearn for the end of 2016 when I could finally put myself out of my own misery.

Oddly enough, my fucked up brain, ready and planning to die, was relieved.  Phew, I don’t have to do this much longer.  And the deal with the devil swung my mood the other way, and come Spring around my 27th birthday, I became almost giddy with the utter silliness of the world, and felt genuinely happy.  I fixed myself.  Problem solved!  Who would have guessed that planning my suicide was the cure for my planning my suicide!  Life is funny that way.

The phasing out of my depression wasn’t completely due to my deal.  Like I said, these things come and go in waves.  So I was (probably) going to cycle out anyway.  Plus, the days were getting longer and warmer, and surfing beach days were just around the corner, as was my big trip to Iceland… 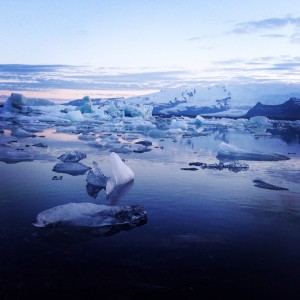 In the weeks before Iceland, I wasn’t just happy, I was gleeful to be slightly manic.  Co-workers had commented on my now peppy attitude that completely clashed with my “imminent doom” disposition which they had come to know and love (they probably didn’t love). Comics noticed too.  For months I had been dragging myself to shows, forcing myself to do sets, even though I wanted to do nothing but scream and quit and stay home, I was now excited to return to the stage, looser, and finding new bits that worked, and drinking before I went on stage, which I had previously rarely done.

The Iceland trip was one I hope I’ll always remember vividly, as it is truly a gorgeous country, and the sense of adventure and wonder tasted as good as the fresh glacier water drank directly from waterfalls.  The 20 hours of daylight fueled mania, and I was enjoying the shit out of it.  I had done a complete 180.  And I liked this side of the coin a lot better.

Energetic, stoked, filled with excitement for life, hiking waterfalls, and exploring the unknown with my best friend/cousin was amazing and immeasurable fun.  The person I was just weeks ago seemed like a complete stranger.  When we had ventured to the Glacier Lagoon one evening (though it was bright and hardly felt like evening), it was impossible not to feel the majestic beauty of this world.  Like that feeling you get on Christmas morning when you’re a kid, one of hope, love, and peace.  This world is magnificent.  There was no doubt.

The day I returned from Iceland I was slammed with post vacation blues.  This was short lived, and the summer didn’t lack merriment.  How long would my happiness last?  I couldn’t help but wonder… was my deal still on the table?  What happens if/when I cycle back?  It was a question I didn’t want to know the answer to.  Even if my comedy calendar was lighter than I hoped, I focused on writing.  Disciplined and diligent, I wrote in the comforts of my quiet, tiny home, where I never wanted to leave, because that meant talking to people and putting on pants, which were two things I was growing to despise.  Frustrated with my shortcomings, I weighed leaving comedy and abandoning my dream, which I feared was turning me into someone I hated, but I deemed this unwise, as there was just enough to keep me going… 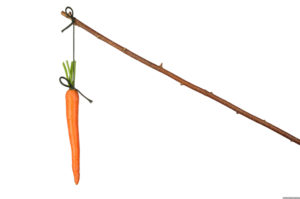 This seems to be the way with comedy.  Just when you’ve felt you’ve only moved backwards, and the future doesn’t look any less dismal, the universe presents an opportunity that might be rewarding.  This carrot is improbable to reach, but not impossible, and the temptation is irresistible.  For most of the year, I’ve had the pleasure and privilege of writing a sitcom pilot with one of my favorite comics.  While I’ve previously preferred to work solo, I’ve found if you are able to find someone with a similar voice and writing style, it only makes your work better.  And so, there was something I was actually stoked about and really proud of.  Optimism became easier than before, as my Fall calendar filled with gigs, and with the advice from some friends, I started medication to help maintain this mental stability.  Yes, life is good sometimes.  For what it’s worth, I didn’t take the good times for granted.  Overall, it wasn’t such a bad year at all.  Actually, it was mostly a pleasure.  I got to travel, premiered the second full length pilot I’ve written and produced (which was well received, AKA Death, watch it in the media section), wrote a fucking 84,000 word book, opened for some of my favorite comics including (but not limited to) Colin Quinn, Louis CK, Nick Griffin, Jake Johannsen, and Nick DiPaolo.  While surfing Gilgo, I witnessed humpback whales breaching.  Yes, 2016 didn’t lack some really special memorable moments.

Despite this, the year still leaves a sting.  Perhaps it’s the not so positive revelation of 2016.

It’s not that I didn’t know a career as a comedian/writer was going to be a long, difficult one.  I anticipated set backs, failures, upswings, downswings, even the probability of being medicated for depression.  I anticipated poverty, disappointments, and working my ass off with little or no avail.  Paying dues is something I’m proud to do.  Suffer for success.  After all, I was raised Catholic.  But no part of me predicted that I would or could lose drive.  I never thought my hunger would wane.  I don’t know what this means.  Could it be attributed to manic depression?  Or am I just not the passionate artist I once deemed myself?  It’s an awful thing to not trust yourself.

In the end, I’m hopeful for 2017, if for no other reason than I have to be.  Maybe, just maybe, the book I wrote, one of our scripts, or stand-up will roll me out of stagnant water, because I don’t want to die here in this puddle, where the water is starting to stink, and even though I’ve outgrown it, it still makes me feel small.